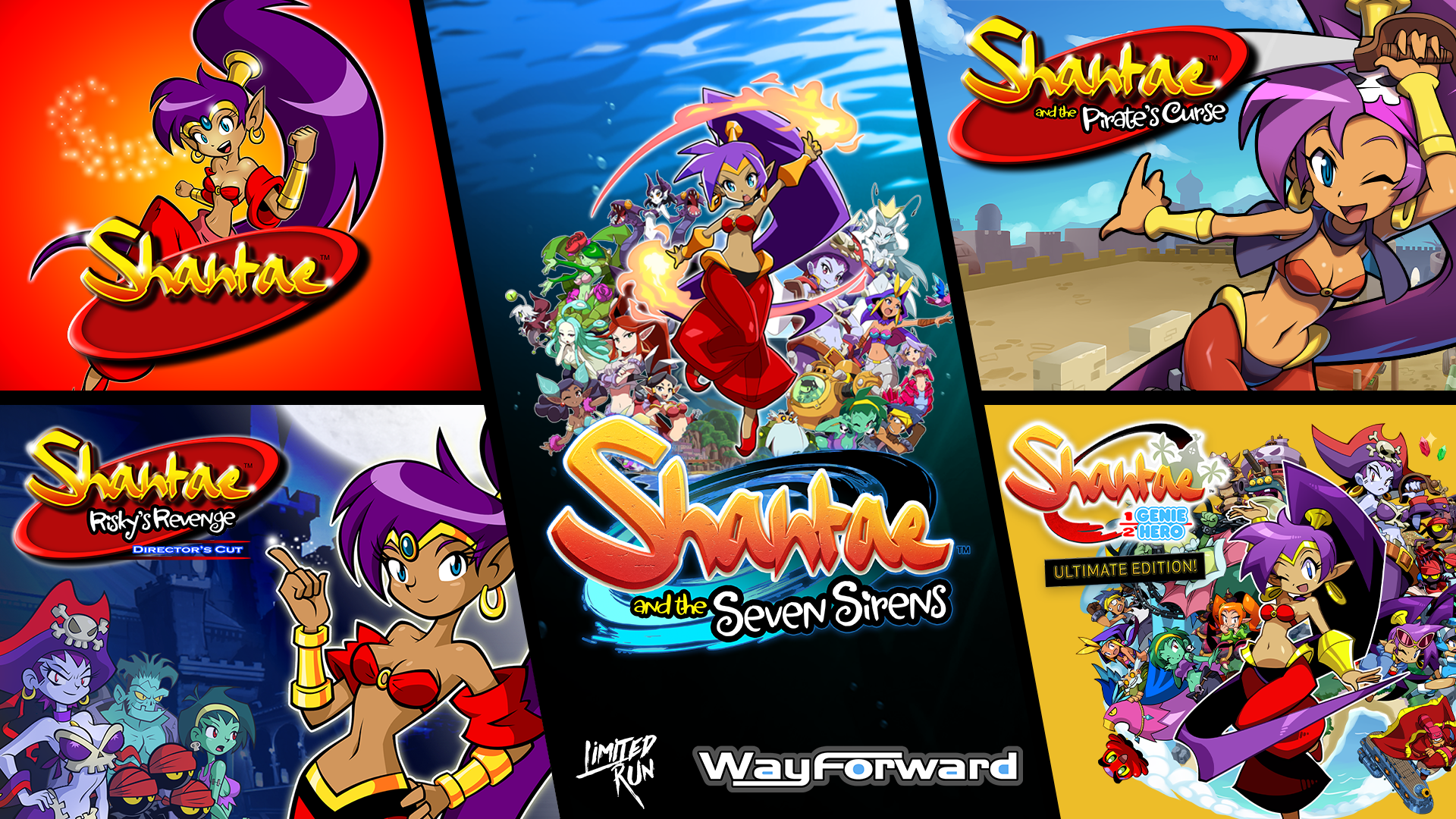 Physical versions are on the way from Limited Run Games

We are delighted to announce that all five titles in the Shantae series are headed to the PlayStation 5 system in the months ahead! The games will be available as native PS5 purchases, or as free upgrades for users that already own the games digitally on PlayStation 4, plus they will be offered as physical releases (in both standard and collector’s editions) through Limited Run Games. Additionally, the original Shantae will be coming both physically and digitally to PlayStation 4. You can check out a PS5-specific version of the Shantae series trailer here!

Having sold more than 3 million copies worldwide since its debut in 2002, the acclaimed Shantae series tells the story of Shantae, the hair-whipping, belly-dancing, shape-shifting, Half-Genie guardian of Scuttle Town. Along with friends such as Bolo, Sky, and Rottytops the zombie, she protects the land from nefarious pirates and other dastardly threats. The line-up of action-adventure-platformers consists of five titles, each sold separately:

Digital pricing of the Shantae games is expected to be equal to the existing PS4 versions where applicable. Further information, including digital release dates and physical preorder dates, will be announced at a later time. For the latest news on these and other WayForwards titles, please check out the rest of www.wayforward.com and follow @wayforward on Twitter and Facebook.