November 4th, 2021 · Voldi-WF · Comments Off on WayForward and 13AM Games Unleash New Details for Dawn of the Monsters 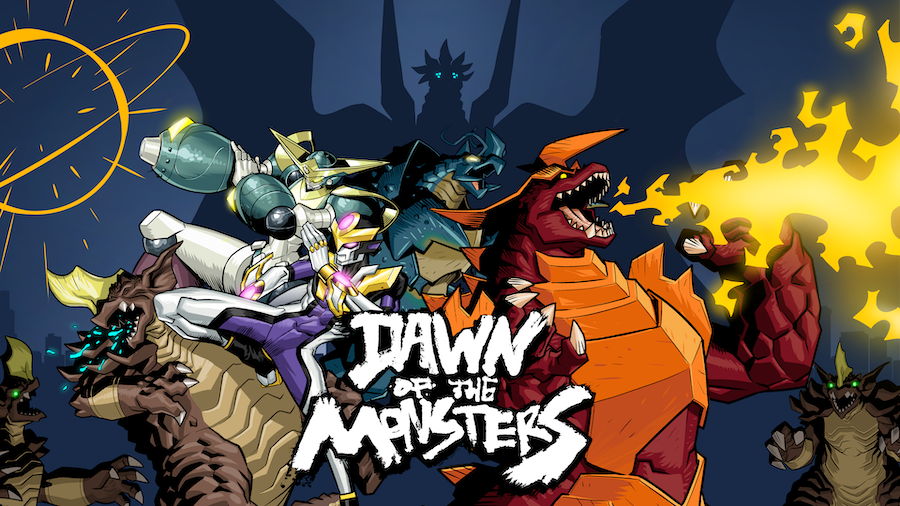 Look out, planet Earth – something BIG is coming! Specifically we mean the ferocious first details about the upcoming giant-monster beat-’em-up, Dawn of the Monsters! Featuring four awe-inspiring playable behemoths, more than 35 missions, and hours of city-smashing, kaiju-bashing, side-scrolling action for one or two players, Dawn of the Monsters is scheduled to arrive on Nintendo Switch, PlayStation 4, PlayStation 5, Xbox One, Xbox Series X/S, Stadia, and PC in the first half of 2022. A new trailer showing the game in action can be seen here and the Steam page can be found here!

Developed by 13AM Games and published by WayForward, Dawn of the Monsters enlists players as members of DAWN (Defense Alliance Worldwide Network), an elite organization created to stop giant, invading beasts known as Nephilim. As members of DAWN, players will take control of four titans of their own, each offering unique moves and abilities: Megadon, the enormous fire-breathing lizard; colossal crustacean Ganira, capable of summoning minions; Aegis Prime, a giant superhero with incredible combo capabilities; and Tempest Galahad, a massive mech specializing in long-range electrical attacks.

Each playable monstrosity has a variety of Rage skills (including some that inflict elemental status damage), as well as meter-based Cataclysm Attacks and brutal Execution finishers. And when that isn’t enough, you can rip a building out of the ground and use it to pound the Nephilim into the dirt.

More than 35 missions will take players around the globe to fully destructible locations in Canada, Egypt, Japan, and beyond, where they’ll tear through enemy hordes, obliterate monster nests, battle gargantuan bosses, and earn DNA augments that can be used to power-up their stats and abilities.

The awesome action is supported by a team of all-star talent. In addition to the giant-monster enthusiasts at 13AM Games, the game features kaiju designs by legendary Godzilla character creator Shiji Nishikawa and acclaimed Godzilla comic book artist Matt Frank, as well as artwork by renowned illustrator EJ Su (Transformers, Rise of Ultraman) and a voice cast that includes AmaLee (Attack on Titan), Cristina Valenzuela (Shantae and the Seven Sirens, RWBY), Xander Mobus (Super Smash Bros. Ultimate), and Patrick Seitz (JoJo’s Bizarre Adventure), among others.

Dawn of the Monsters is set to arrive digitally on consoles and PC in the first half of 2022, with a physical edition for select platforms being offered by Limited Run Games. For the latest Dawn of the Monsters news, as well as information on other titles, please visit www.wayforward.com and www.13amgames.com.