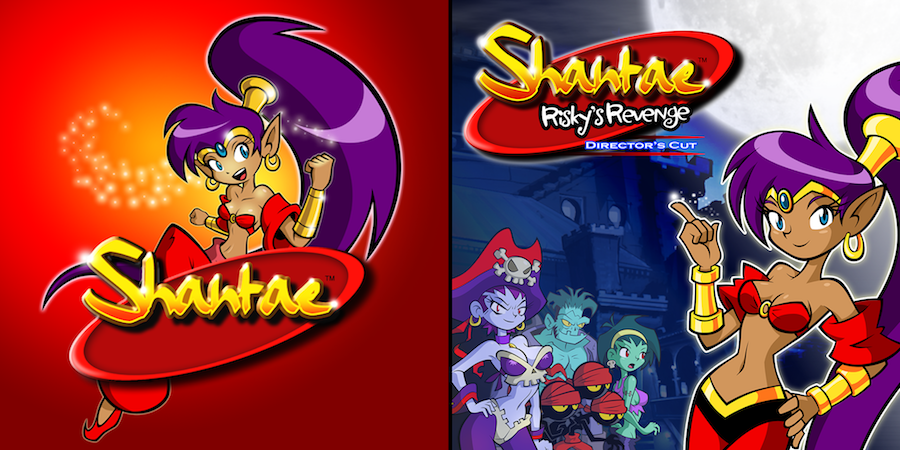 Your classic game wishes are about to come true — no magic lamp required! Starting on Sept. 11, 2020, new physical editions of the first two games in the Shantae series will be available for preorder from Limited Run Games. Both the original Shantae and Shantae: Risky’s Revenge – Director’s Cut will be offered as physical releases on Nintendo Switch for the first time, alongside a highly demanded Game Boy Color reproduction cartridge of the original Shantae, which is fully playable on any compatible hardware. All versions will be available as open preorders for four weeks at limitedrungames.com. Shantae: Risky’s Revenge – Director’s Cut is an upgraded version of the second game in the Shantae series, which was initially released digitally for the Nintendo DSi in 2010. Expanding upon the gameplay of its predecessor, the game lets players once again take control of Shantae and explore a variety of environments as they battle the dastardly Barons of Sequin Land and Shantae’s nemesis, the nefarious lady pirate, Risky Boots. As with previous releases of the Director’s Cut, the Switch version is rated E10+ and includes enhancements such as improved navigation, HD character portraits, and an unlockable Magic Mode. Both a standard physical edition and a collector’s edition (which includes the game, a SteelBook case, soundtrack CD, acrylic standee, enamel pin, commemorative metal coin, and reversible poster), will be available, priced at $29.99 and $64.99 respectively. If you’re looking to enjoy these classic Shantae titles digitally, the original Shantae will be available in the months ahead via the Nintendo Switch eShop, and Shantae: Risky’s Revenge – Director’s Cut will be downloadable on Switch, Xbox One, and Windows 10 in addition to currently offered digital platforms. Specific release dates have yet to be announced. For more information about the Shantae series and other WayForward titles, please check out the rest of the site!