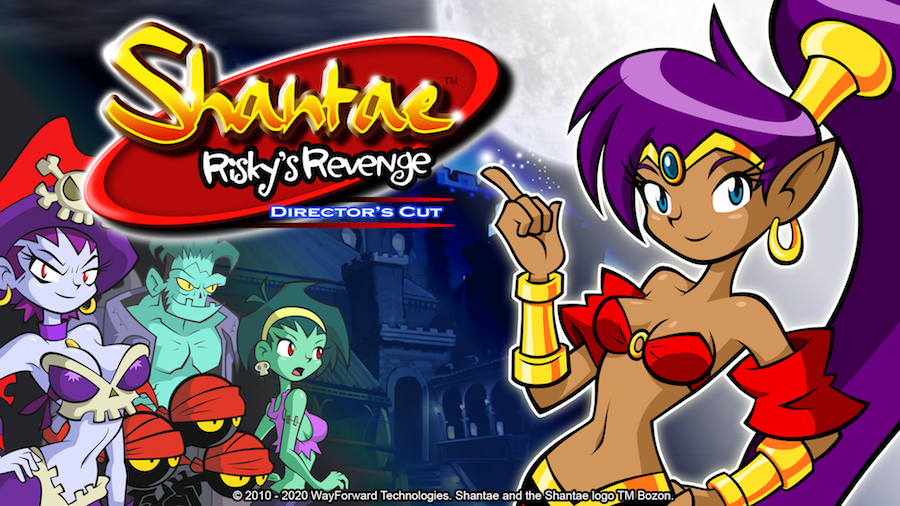 The acclaimed Shantae sequel is back with a vengeance!

Revenge is a dish best served multiplatform, which is why we are elated to announce that Shantae: Risky’s Revenge – Director’s Cut, the second game in the 3-million-plus-selling Shantae series, is now available digitally on Nintendo Switch, Xbox One, and Windows 10! Featuring crisp 2D visuals and all the action, exploration, and magical dance transformations one could wish for, the game is priced at $9.99 and is rated E10+ by the ESRB. A new launch trailer showcasing the game’s highlights can be seen here.

An upgraded version of the second entry in the Shantae series, Shantae: Risky’s Revenge – Director’s Cut once again puts players in control of Shantae, the Half-Genie heroine, who’s on a quest to thwart her archenemy, the dastardly lady pirate Risky Boots. Shantae’s mission will take her to a variety of environments (including deserts, forests, and undersea caverns) where she’ll learn numerous abilities, encounter outlandish NPCs, and confront the sinister Barons of Sequin Land.

First released on DSiWare in 2010, the initial version of Shantae: Risky’s Revenge was awarded IGN’s Best DS Game of the Year and was the year’s highest-rated handheld game on Metacritic before arriving on PlayStation 4 and Steam as an enhanced Director’s Cut. As with those editions, the Switch, Xbox One, and Windows 10 versions feature numerous upgrades over the original, including improved navigation capabilities, HD character portraits, and an unlockable Magic Mode.