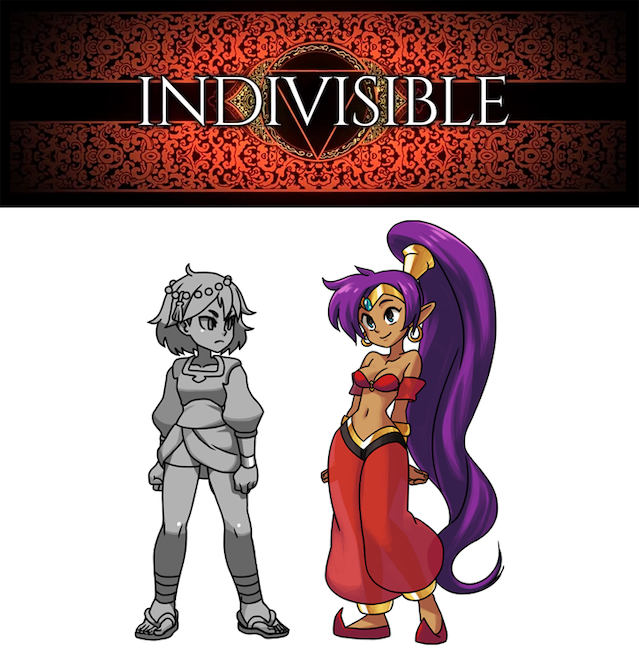 Shantae Joins the Cast of Indivisible!

Last week, Skullgirls developer Lab Zero announced the inclusion of Shantae in their newest game, Indivisible! The game looks amazing, and we’re pleased as punch to have Shantae battling alongside Ajna and the rest of this truly inspired cast of heroes! Above you can see an awesome Shantae concept by Lab Zero’ Mariel Cartwright, who you might remember as the animator behind Shantae’s Half-Genie Hero move set way back at the start of our campaign!

Today, the Indivisible crowd-funding campaign is only $100,000 away from reaching their goal, and there are only a few days left!

We know there are a bunch of Shantae fans over there helping out, but if you’re hearing about the game for the first time, or just want to know more about Shantae’s cameo, please follow the link below and consider helping them out!