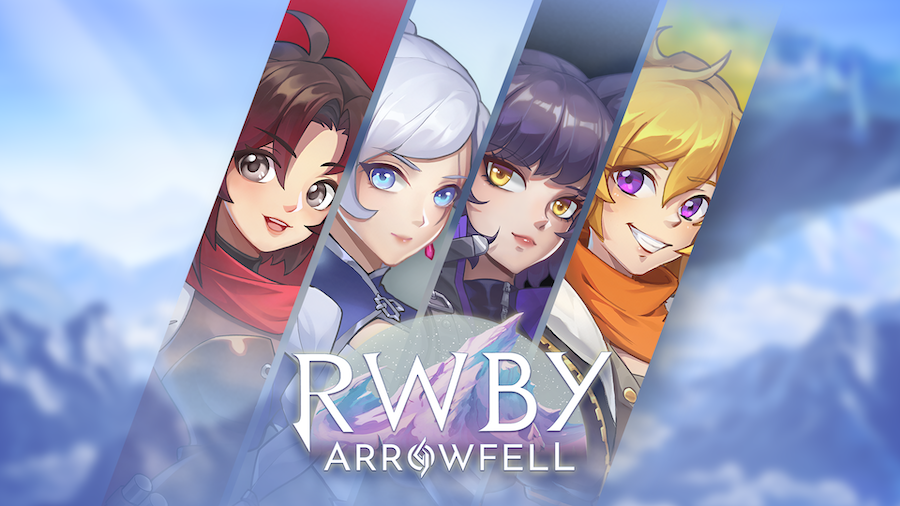 Team RWBY is on the hunt in this explosive action-adventure!

Evildoers, beware — Team RWBY is ready for action! We are delighted to announce that RWBY: Arrowfell, an all-new side-scrolling action-adventure video game based on the global animated hit RWBY, is now available digitally on Nintendo Switch, PlayStation 4, PlayStation 5, Xbox, and PC via Steam, priced at $29.99 and rated E10+ by the ESRB. A new launch trailer showcasing the action-packed gameplay and features can be seen here!

Set during RWBY Volume 7 and featuring an original, in-canon story from the writers of the RWBY animated series, RWBY: Arrowfell lets you take control of all four members of Team RWBY — Ruby Rose, Weiss Schnee, Blake Belladonna, and Yang Xiao Long — as they uncover the mystery surrounding a dangerous new technology encountered near Atlas. Instantly swapping between all four members of Team RWBY, you’ll unleash the heroes’ signature weapons and Semblances in ranged and melee combat against the Creatures of Grimm and other foes while completing quests, solving puzzles, and exploring more than 25 areas across the continent of Solitas. Along the way, you’ll also battle massive bosses, upgrade their Semblances to reach new areas, and power-up their attributes in four categories by discovering Skill Points.

The RWBY experience further comes to life through encounters with fan-favorite characters like Qrow, Penny, Winter, and the Ace-Ops, as well as original faces such as Solitas guardian Bram Thornmane, underworld kingpin Amoncio Glass, and the enigmatic group of Huntresses known as Team BRIR. Other authentic features include voice work from the original RWBY cast, all-new animated cutscenes from the makers of the show, an atmospheric soundtrack by composer Dale North, and a brand-new theme song by Jeff Williams with vocals by Casey Lee Williams.

In addition to the digital version of RWBY: Arrowfell, a physical edition of the game will be released by Limited Run Games on select platforms in the months ahead, including both standard and collector’s editions; further details will be made available in the future. For more information about RWBY: Arrowfell and WayForward’s lineup of games, please check out the rest of wayforward.com and follow @wayforward on Twitter and Facebook.

Key Features:
•Play as all four members of Team RWBY — Ruby, Weiss, Blake, and Yang — each with their own weapons and abilities! Switch between them at any time!
•Use each character’s Semblances to get an edge in combat and solve puzzles!
•Featuring an original theme song by Jeff Williams with vocals by Casey Lee Williams!
•An all-new canonical story set during RWBY Volume 7 from RWBY writers Kerry Shawcross, Miles Luna, and Eddy Rivas in collaboration with WayForward!
•Explore a variety of nonlinear environments in Atlas, Mantle, and the surrounding areas!
•Interact with familiar characters such as Penny, Winter, General Ironwood, and the Ace Operatives, as well as new faces such as Team BRIR!
•Collect Skill Points to power up Team RWBY’s stats!