The action is heating up on the frozen tundra of Remnant! Along with our partners at Rooster Teeth and Arc System Works, we are excited to reveal new gameplay details and a fresh look at the upcoming, all-new, 2D action-adventure video game set in the RWBY universe, RWBY: Arrowfell! A new trailer that debuted during Rooster Teeth’s RTX Austin event (and can be seen here!) provides an updated look at RWBY: Arrowfell’s combat, puzzles, visuals, and play mechanics. The game is currently planned to arrive on Nintendo Switch, PlayStation 4, PlayStation 5, Xbox One, Xbox Series X|S, and PC in fall 2022.

Featuring an in-continuity story by RWBY writers Kerry Shawcross, Miles Luna, and Eddy Rivas, RWBY: Arrowfell puts players in control of Team RWBY — Ruby Rose, Weiss Schnee, Blake Belladonna, and Yang Xiao Long — shortly after they’ve become fully licensed Huntresses in RWBY Volume 7. You’ll be able to switch instantly between characters as you battle the Creatures of Grimm and other foes using the heroes’ signature weapons — Ruby’s Crescent Rose, Weiss’s Myrtenaster, Blakes’ Gambol Shroud, and Yang’s Ember Celica — in melee and ranged combat, and as you explore locations across Atlas, Mantle, and the surrounding wilderness, Team RWBY will complete missions for familiar characters such as General Ironwood and the Ace Operatives (as well as everyday citizens) while uncovering clues about a mysterious new threat lurking in the shadows.

Players will also put Team RWBY’s Semblances to use both in and out of battle. Ruby’s Petal Burst lets her avoid attacks and dash to distant locations; Weiss’s Glyphs create usable platforms that can burst into offensive shards; Blake’s Shadow manifests a doppelganger that can attack and activate pressure plates; and Yang’s Burn unleashes a ground punch that inflicts damage and destroys obstacles. By combining Semblances, you’re able to solve increasingly complex environmental puzzles, and each character’s Semblance can be upgraded to become even more effective. Additionally, by collecting Skill Points, you can customize and enhance Team RWBY’s attributes, including melee attack, ranged attack, defense, and energy regeneration.

Complementing the action are voiceovers from RWBY’s original cast (including Lindsay Jones as Ruby, Kara Eberle as Weiss, Arryn Zech as Blake, and Barbara Dunkelman as Yang), all-new broadcast-quality cutscenes, an atmospheric soundtrack by composer Dale North, and a brand-new vocal theme song by Casey Lee Williams. Further info about RWBY: Arrowfell, including a specific release date and additional details about the new team of fan-favorite Huntresses, Team BRIR, will be revealed in the months ahead. For more information about our games, please check out the rest of www.wayforward.com and follow @wayforward on Twitter and Facebook.

Key Features:
•Play as all four members of Team RWBY — Ruby, Weiss, Blake, and Yang — each with their own weapons and abilities! Switch between them on the fly!
•Use each character’s Semblances to get an edge in combat and solve puzzles!
•Featuring the talents of RWBY’s original vocal cast, plus a new theme song by Casey Lee Williams!
•An all-new canonical story set during RWBY Volume 7 from RWBY writers Kerry Shawcross, Miles Luna, and Eddy Rivas!
•Explore a variety of nonlinear environments in Atlas, Mantle, and the surrounding areas!
•Interact with familiar characters such as Penny, Winter, General Ironwood, and the Ace Operatives, as well as new faces like Team BRIR!
•Collect Skill Points to power up Team RWBY’s stats! 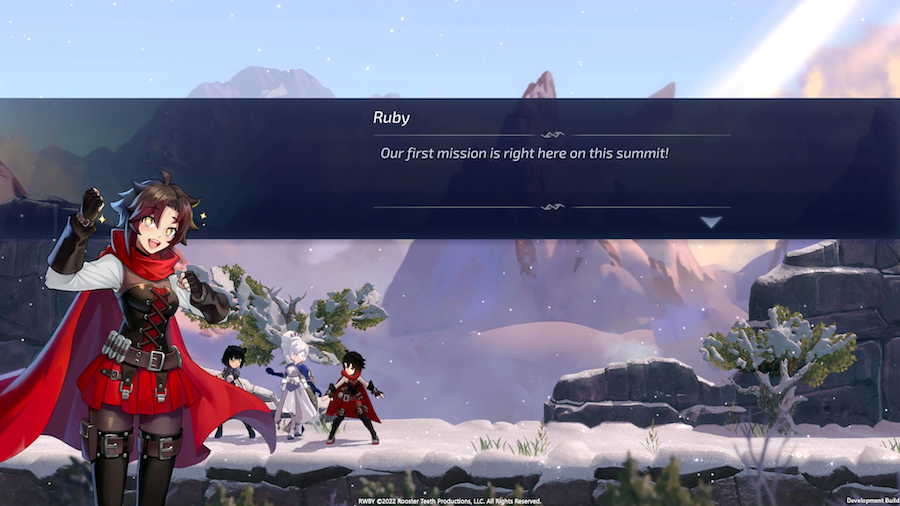 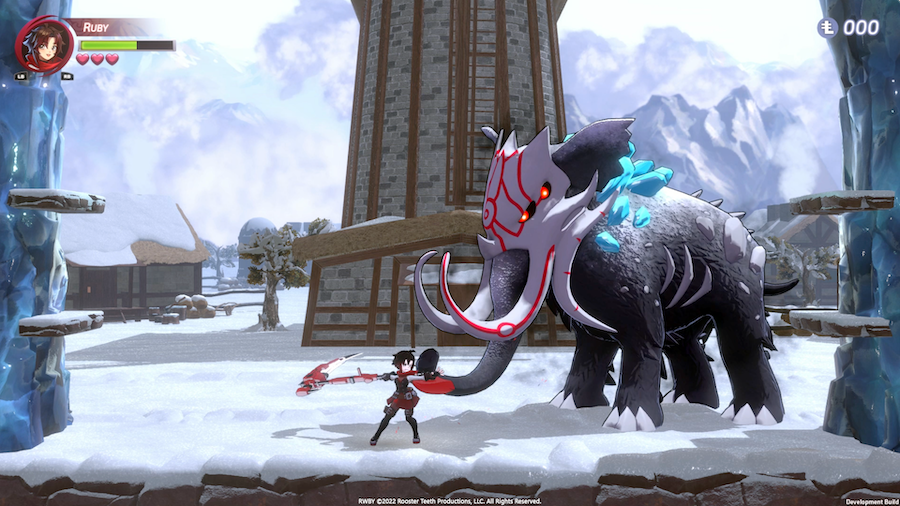 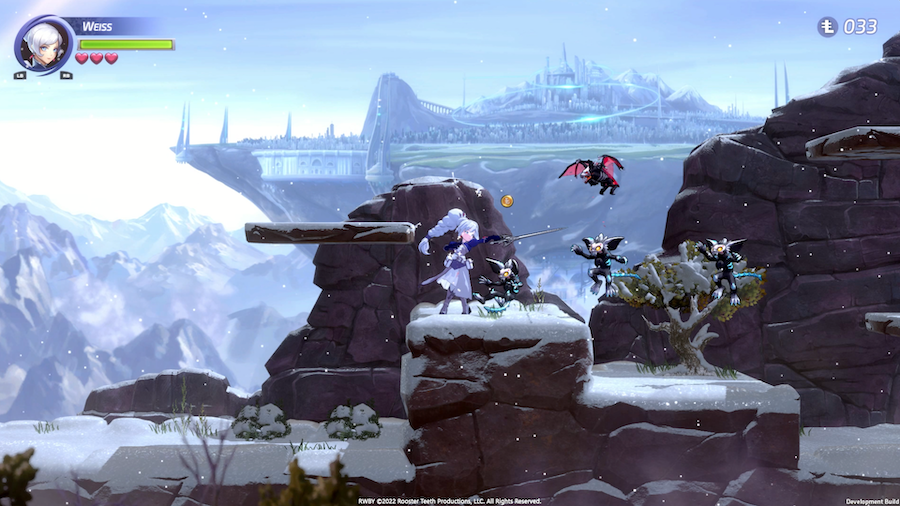 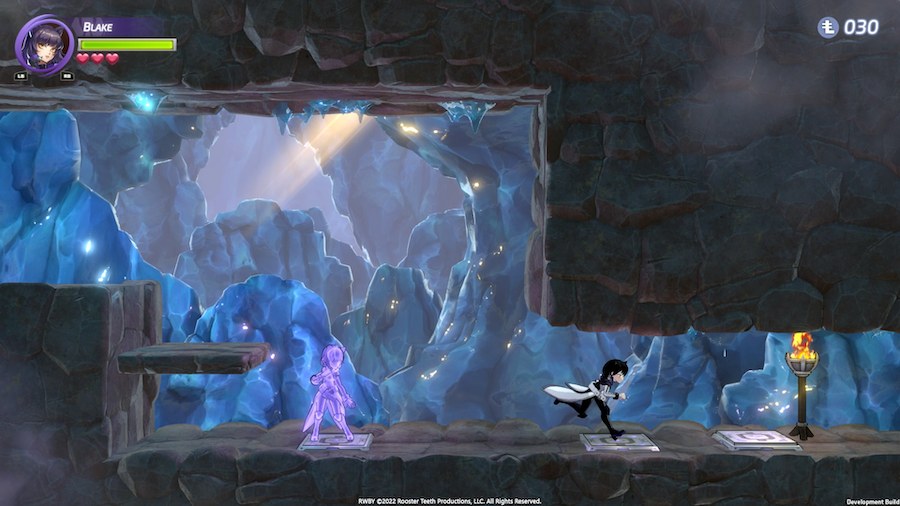 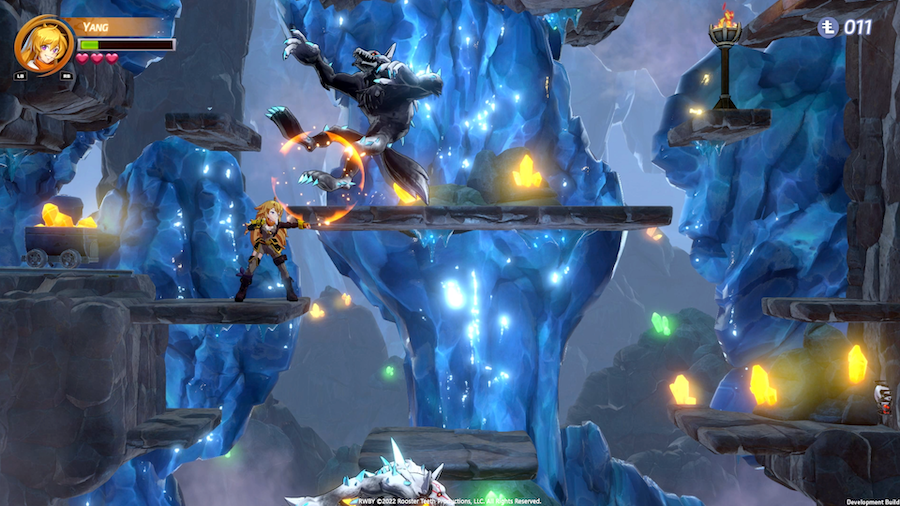 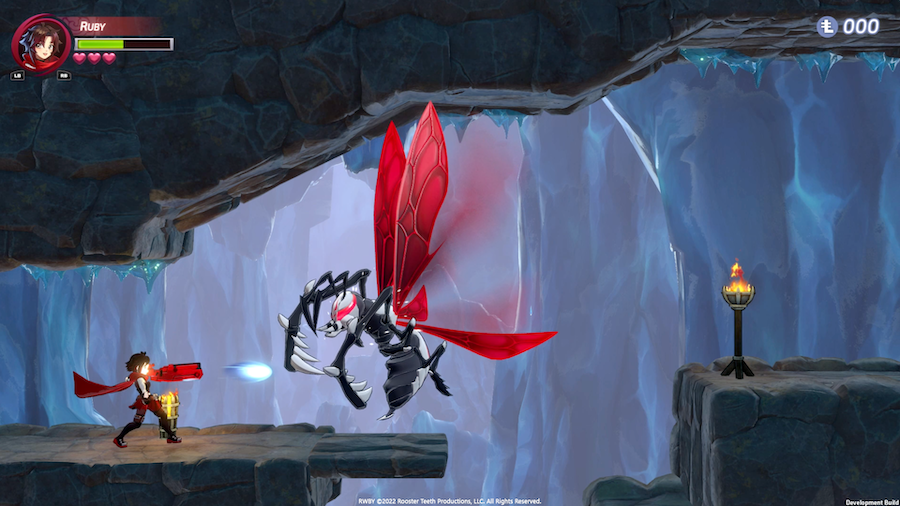