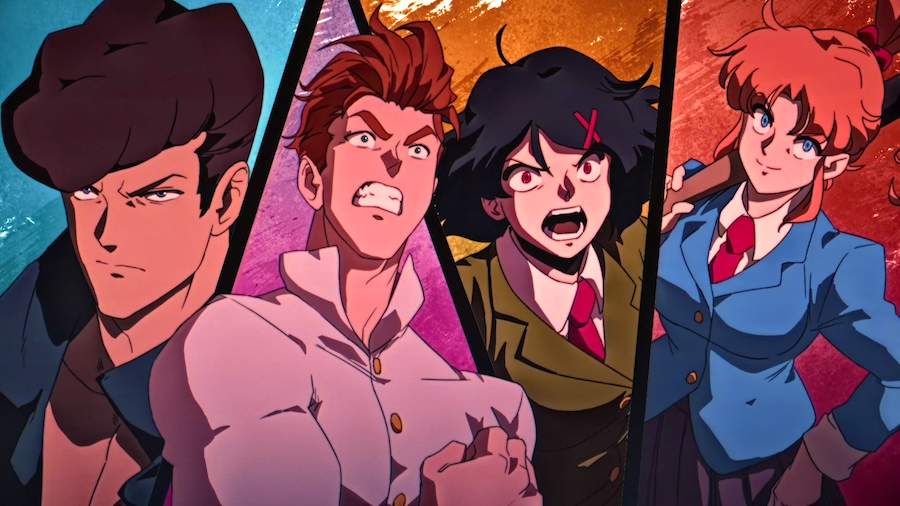 It’s time to brawl like it’s 1994! We are delighted to announce that the 16-bit beat-’em-up, River City Girls Zero, is now available digitally on Nintendo Switch! Launching just in time for some heart-pounding Valentine’s Day local co-op combat, this previously Japanese-exclusive entry in the River City/Kunio-kun series is now ready to download from the Nintendo Switch eShop (here!), priced at $14.99 and rated T by the ESRB. Check out the launch trailer here!

Originally published in 1994 on Super Famicom under the name Shin Nekketsu Koha: Kunio-tachi no Banka, River City Girls Zero lets you hit the streets with series mainstays Kunio and Riki alongside hot-blooded heroines Misako and Kyoko in one- or two-player action. Armed with an arsenal of punches, kicks, slams, stomps, and character-specific special moves, the quartet dishes out justice to countless criminals as they attempt to clear Kunio and Riki of a heinous crime. Along the way, you’ll visit a variety of locales – including a crumbling school, a casino, and an amusement park – and even fight from the back of a motorcycle!

Following the game’s release on Nintendo Switch, River City Girls Zero is planned to launch digitally on PlayStation 4, PlayStation 5, the Xbox family of systems, and PC in spring 2022. Additionally, physical editions of the Switch, PS4, and PS5 versions — including Standard, Classic, and Ultimate Editions — as well as a variety of River City Girls Zero merchandise, are available to preorder on limitedrungames.com from now through March 13, 2022. For further news on River City Girls Zero, check out the game’s page here, and for info on other WayForward titles, please check out the rest of www.wayforward.com and follow @wayforward on Twitter and Facebook.