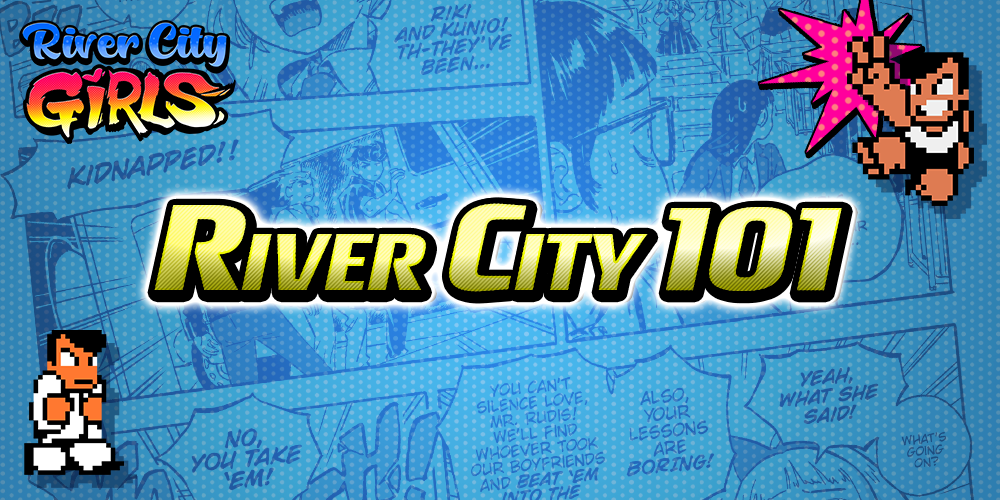 River City Girls arrives on September 5, allowing one or two players to hit the streets as hot-blooded heroines Misako and Kyoko and punch punks into the pavement until they’ve rescued their missing boyfriends, Kunio and Riki, in side-scrolling beat-’em-up action. But this is far from the first opportunity players have had to visit the mean streets of River City. Originally introduced all the way back in 1986, the River City series (known as the Kunio-kun series overseas) is one of Japan’s most prolific video game franchises, with around 50 titles released so far on more than a dozen platforms. So what’s it all about? Here’s a brief history lesson to get you up to speed.

It all started with a Japanese arcade game called Nekketsu Kōha Kunio-kun, developed by Technos. One of the pioneers of the beat-’em-up genre, the game (which approximately translates to “Hot-Blooded Tough Guy Kunio” in English) starred a high-school delinquent named Kunio who fought against the thugs and bullies that were assaulting his friend Hiroshi. In North America, however, the game was localized as Renegade; the high-school backstory was dropped and the characters (including Kunio, now a vigilante sometimes referred to as Mr. K) were redrawn to resemble stereotypical street-gang members. Both versions were subsequently brought to the Famicom and NES.

Kunio’s next outing was substantially different: an over-the-top arcade sports contest by the name of Super Dodge Ball! This time, team captain Kunio and his friends battled rival schools and international opponents not with their fists, but with high-speed throws of a ball. Once again, Kunio’s name was removed from the North American edition (he was renamed Sam in the NES port), but the home version of the game helped establish the squat “super-deformed” character design that has since become closely associated with the series. 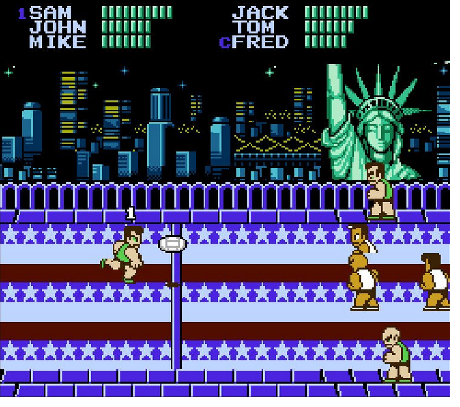 It was the third original installment (and the first created specifically for home consoles) that really caught audiences’ attention, however. Launched as Downtown Nekketsu Monogatari on the Famicom in 1989 and renamed River City Ransom for its NES release in 1990, this side-scrolling beat-’em-up saw Kunio teaming up with his rival Riki (previously the first boss of Renegade and an opposing captain in Super Dodge Ball) in two-player co-op action to save Riki’s girlfriend from the bad guys. Though Kunio and Riki became Alex and Ryan in North America, this game nonetheless set many series standards, including nonlinear gameplay, shops, RPG-style elements that let players increase their stats and learn new moves, and comically talkative enemies (including those that yelled “BARF!” upon defeat). Not only is this game the origin of the “River City” moniker, but it was also the first to add cameo/crossover elements from Double Dragon, another popular Technos beat-’em-up property. 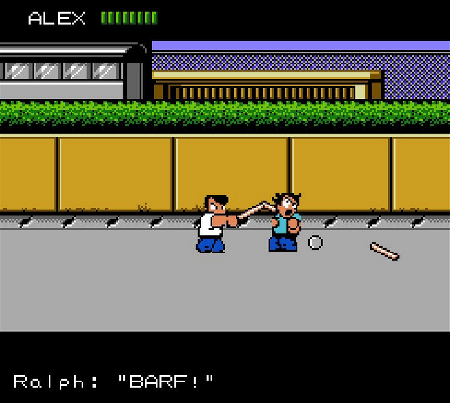 Following River City Ransom, the series saw several more releases in both the beat-’em-up and action-sports genres, including the 8-bit games Nintendo World Cup (which, in the Japanese version, introduced River City Girls star Misako as the manager of the high school soccer club) and multi-sport game Crash ‘n the Boys: Street Challenge (which was immortalized in the Scott Pilgrim graphic novels and film).

Many other entries from this period, however, remained exclusive to Japan (such as Kunio’s forays into ice hockey and basketball), and by the time the 16-bit era rolled around, the series essentially stopped coming to the West. One game of particular note released during this time was Shin Nekketsu Kōha: Kunio-tachi no Banka, released on the Super Famicom in 1994. Standout features of this title include more realistically proportioned character designs and the addition of Kunio’s and Riki’s girlfriends — Misako and the debuting Kyoko — as playable fighters who were just as tough as their male counterparts. This entry in the Kunio-kun series was especially influential on the creation of River City Girls. 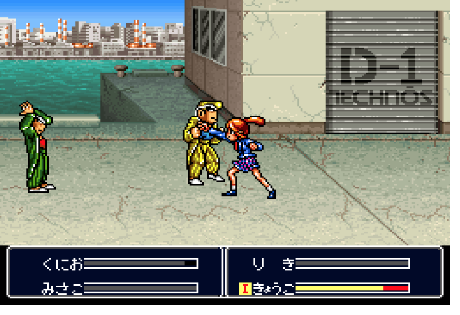 Though a few more Kunio-kun games were released by Technos after Shin Nekketsu Kōha: Kunio-tachi no Banka, it wasn’t long before the company shut its doors. The series remained dormant until 2004, when publisher Million took the reins and brought the series back on Game Boy Advance with River City Ransom EX, an enhanced version of the 8-bit classic. Million continued to reinvigorate the franchise with re-releases of classic games and brand-new sequels such as Super Dodgeball Brawlers and River City Soccer Hooligans for Nintendo DS. 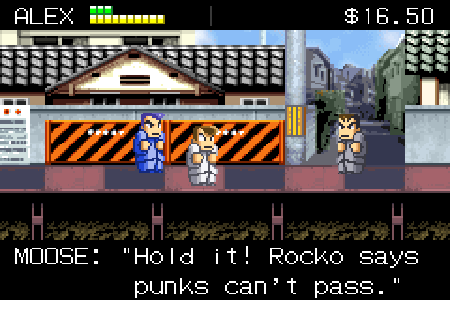 The series began to re-emerge in the West with more-consistent “River City” branding and naming conventions, and as the IP transferred to fighting game experts Arc System Works, the franchise continued to expand with entries like River City: Tokyo Rumble, River City: Knights of Justice, and River City: Rival Showdown (all for Nintendo 3DS). The series even had its own successful Kickstarter project, River City Ransom: Underground for PC.

Soon the series will continue with River City Girls on Nintendo Switch, PlayStation 4, Xbox One, and PC, delivering all the action, variety, and attitude that River City fans have come to expect, while providing an entirely unique and modernized take on the franchise. Though there’s no need to have played the previous games to enjoy River City Girls, we at WayForward are committed to honoring the legacy of all the games that have come before, and we can’t wait for you to experience that for yourself when the game arrives in September.