Dawn of the Monsters New Character and Content Announced!

November 9th, 2022 · Chris Hoffman · Comments Off on Dawn of the Monsters New Character and Content Announced! 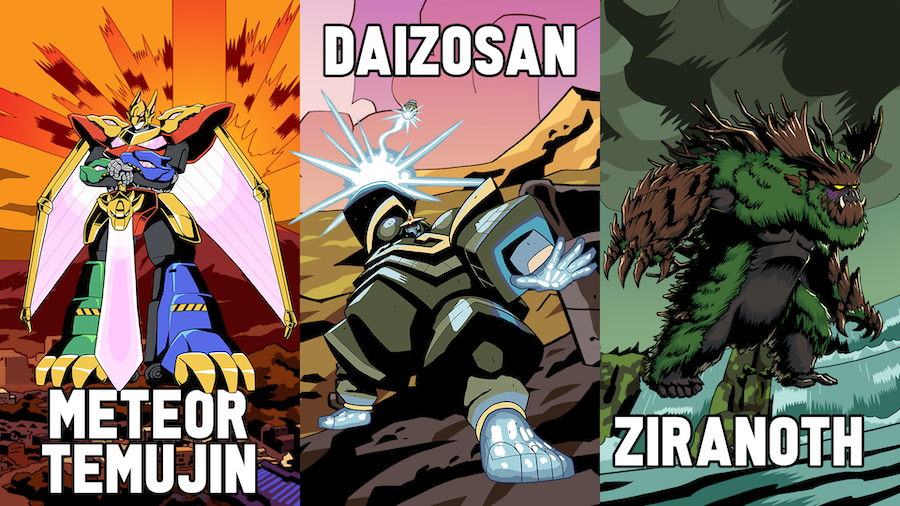 Choose the next playable colossal combatant in this monstrous co-op beat-’em-up!

The kaiju-crushing combat rages on in Dawn of the Monsters! Along with developer 13AM Games, we are excited to announce that even more content is coming to the critically acclaimed giant-monster beat-’em-up, which launched this past March on Nintendo Switch, PlayStation 4, PlayStation 5, Xbox One, Xbox Series X|S, and PC. Among the new content is an all-new playable character, which you – yes, you! – will be able to vote on from a selection of three gargantuan gladiators. The poll to determine the winner can be found here!

END_OF_DOCUMENT_TOKEN_TO_BE_REPLACED 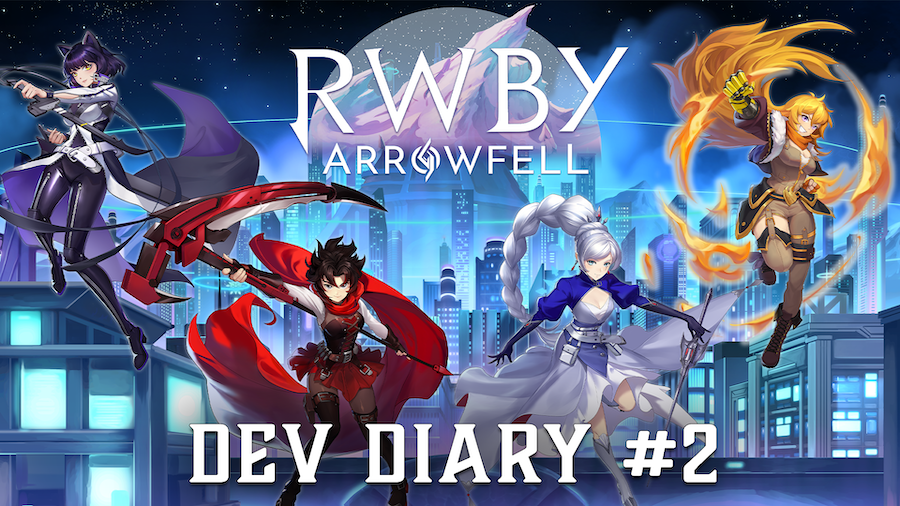 Hello, and thank you to everyone patiently awaiting the release of RWBY: Arrowfell!

WayForward director and designer James Montagna here. Last time, I took the opportunity to speak a bit about the excitement both myself and the rest of the hard-working development staff share about creating a new RWBY game. Like any development, the process is rife with unique challenges…but we’ve been having a lot of fun developing the game too! I’d say there’s no place this juxtaposition of challenge and fun is more apparent than working out the game’s narrative. Let’s talk about that!

END_OF_DOCUMENT_TOKEN_TO_BE_REPLACED 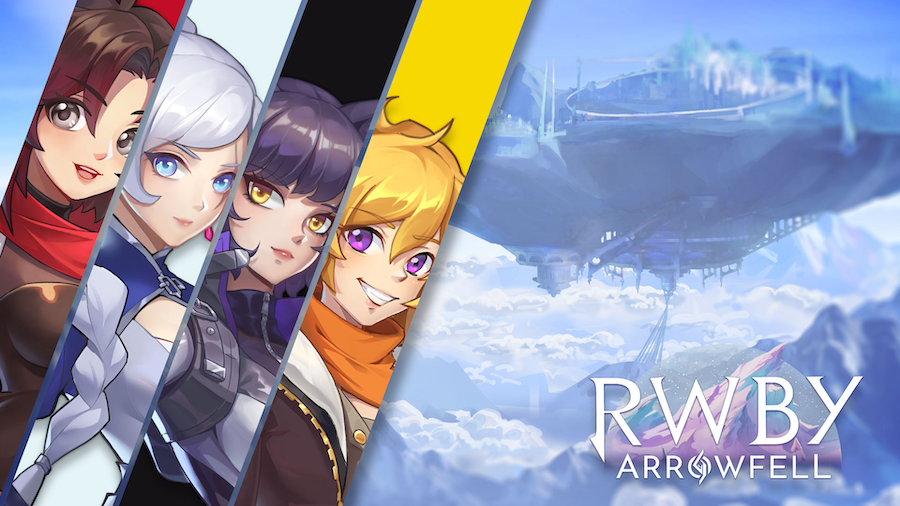 In celebration of Team RWBY leader Ruby Rose’s birthday today, we are proud to announce that our upcoming action-adventure video game, RWBY: Arrowfell, has an official release date of November 15, 2022 in North America and Europe! Featuring four playable characters, more than 25 areas to explore, and an original, canonical story, this sidescrolling action-adventure game based on Rooster Teeth’s global animated hit RWBY is only weeks away from launching digitally on Nintendo Switch, PlayStation 4, PlayStation 5, Xbox, and PC, priced at $29.99 and rated E10+ by the ESRB. A new trailer featuring the release date and showing Team RWBY in action can be seen here!
END_OF_DOCUMENT_TOKEN_TO_BE_REPLACED 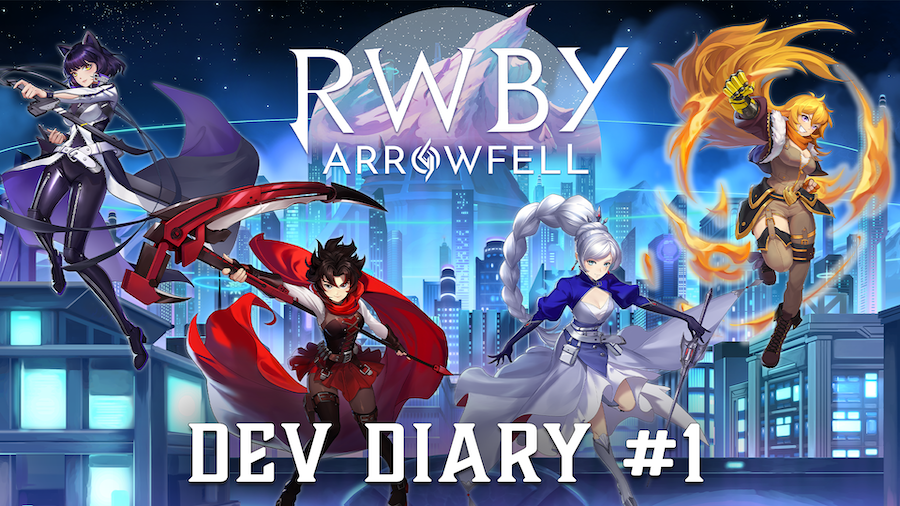 Developer Passion: Getting Fired Up

To everyone looking forward to RWBY: Arrowfell, hello, and thank you for your enthusiasm!

I’m James Montagna, a director and designer here at WayForward. I’ve had the honor of working alongside both our talented development staff as well as Rooster Teeth to help make this new vision for RWBY a reality. Since I have been asked to offer a little insight into the creation through this developer diary, I’d like to take the opportunity to share…whatever interesting info I can!
END_OF_DOCUMENT_TOKEN_TO_BE_REPLACED

Introduction to the World of RWBY

October 19th, 2022 · Chris Hoffman · Comments Off on Introduction to the World of RWBY 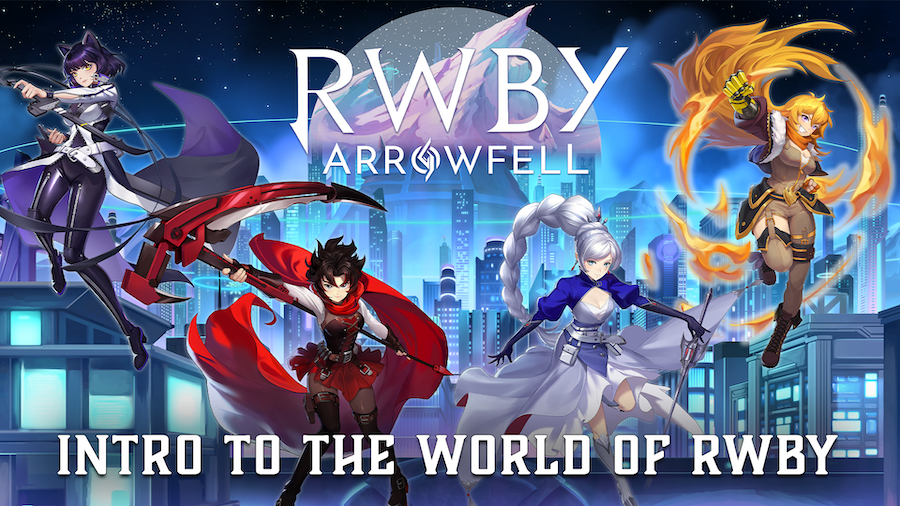 Everything you need to know before playing RWBY: Arrowfell

By now, you may have heard that WayForward is hard at work on RWBY: Arrowfell, an action-adventure-platformer that lets you embark on an all-new, canonical tale starring the daring quartet of fan-favorite Huntresses. But just what is RWBY, and why is it perfect for a video game? Millions of fans around the globe already know the answer, but if you’ve never had the chance to watch an episode of the hit animated series, don’t worry; we’ve got you covered. Read on for an introduction to the wonderful world of RWBY.
END_OF_DOCUMENT_TOKEN_TO_BE_REPLACED

Shantae and the Pirate’s Curse Now Available on PlayStation 5

September 27th, 2022 · Chris Hoffman · Comments Off on Shantae and the Pirate’s Curse Now Available on PlayStation 5 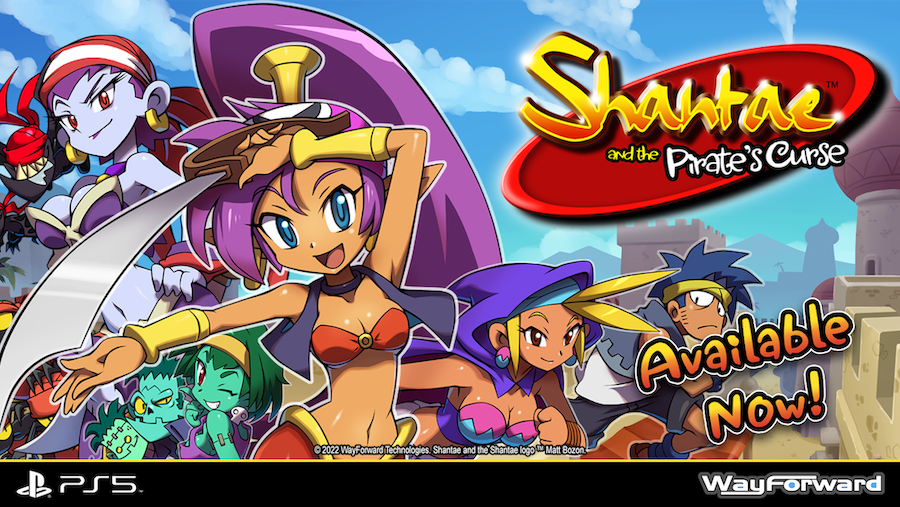 The fan-favorite swashbuckling adventure is here!

Avast, ye scallywags! We are overjoyed to announce that Shantae and the Pirate’s Curse, Metacritic’s highest-rated entry in the Shantae series, is now available to download natively on PlayStation 5! Loaded with hair-whipping action, island-hopping exploration, thrilling platforming, and high-seas hijinks, Shantae and the Pirate’s Curse is rated T by the ESRB and is priced at $19.99 as a PS5 purchase or is available as a free upgrade for owners of the PlayStation 4 version. Check out the trailer here!
END_OF_DOCUMENT_TOKEN_TO_BE_REPLACED 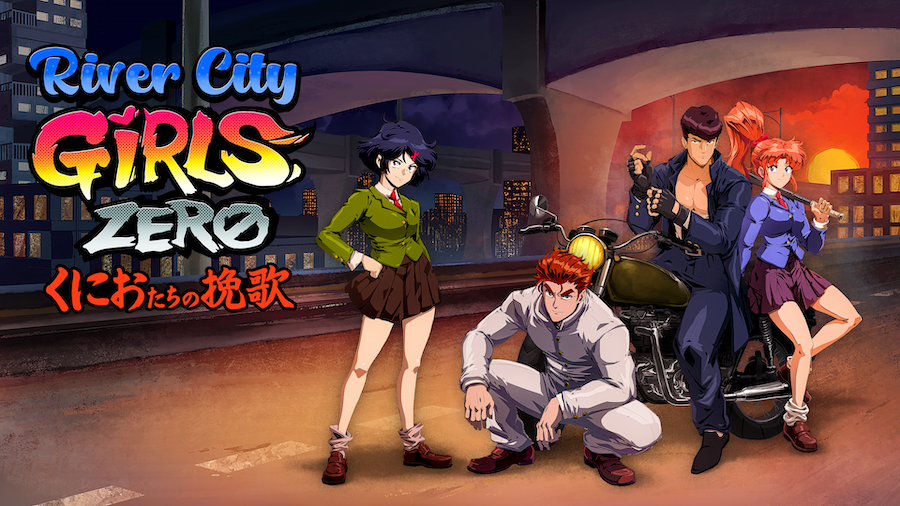 Classic brawler fans, rejoice! We are excited to announce that River City Girls Zero, the 16-bit beat-’em-up that inspired River City Girls, is now available digitally on PlayStation 4, PlayStation 5, Xbox One, and Xbox Series X|S in North America and Europe. If you’re waiting for the PC version, you won’t have long to wait – it’s scheduled to arrive via Steam on Sept. 22. These editions join the previously released Switch version, allowing players worldwide to enjoy this formerly Japanese-exclusive entry in the River City/Kunio-kun series, priced at $14.99 and rated E10+ by the ESRB. A new multiplatform launch trailer can be seen here!
END_OF_DOCUMENT_TOKEN_TO_BE_REPLACED 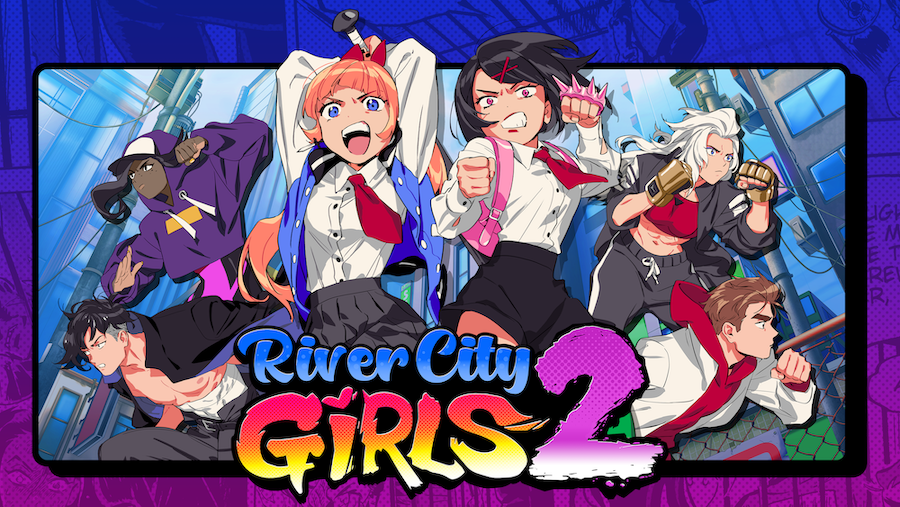 The stakes are higher, the streets are meaner, and the foes are fiercer in River City Girls 2! We are excited to reveal new details about this highly anticipated beat-’em-up sequel, which is planned to arrive on Nintendo Switch, PlayStation 4, PlayStation 5, Xbox One, Xbox Series X|S, and PC later this year. As shown in a newly released trailer (which you can see here), RCG2 will include four-player cooperative action as well as the return of the River City series’ most notorious villain, Sabu! That’s on top of previously announced features like six playable characters, online gameplay, a robust combat system, character-specific voiceovers, a massive nonlinear game world, and RPG-like character growth.
END_OF_DOCUMENT_TOKEN_TO_BE_REPLACED 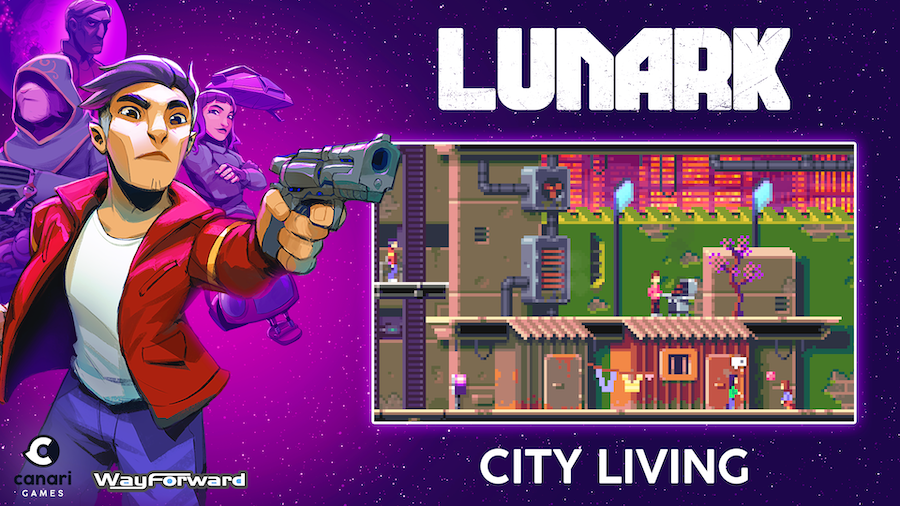 Discover the ins and outs of LUNARK’s sprawling futuristic city

In the upcoming cinematic sci-fi platformer LUNARK, the protagonist, Leo, will visit a diverse array of environments, from underground caverns to a vibrant forest to a flying penitentiary. But one of the most important locations is the massive, futuristic city on the distant planet Albaryne. Since abandoning Earth some 300 years prior, humanity has made this unnamed city its primary new home, and as such, it’s unsurprisingly a place where Leo spends a lot of his time.

END_OF_DOCUMENT_TOKEN_TO_BE_REPLACED

LUNARK: What Is a Cinematic Platformer?

August 17th, 2022 · Chris Hoffman · Comments Off on LUNARK: What Is a Cinematic Platformer? 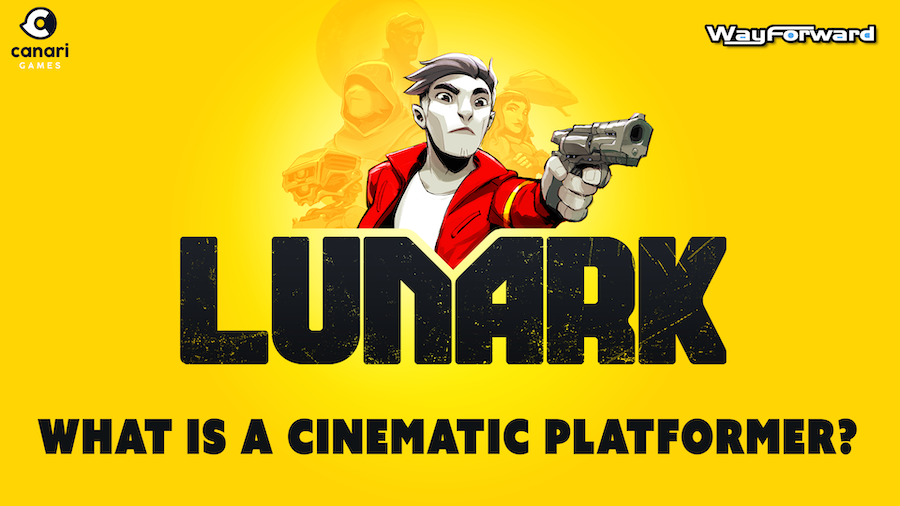 Hi! My name is Johan Vinet, a French game developer based in Canada. I’m the creator of LUNARK, a 2D cinematic platformer set in a future where Earth’s moon has been transformed into a vessel for humanity’s survival and a totalitarian regime reigns supreme. You play as Leo, a courier with unique abilities and a mysterious past, who unwittingly gets caught up in the rebellion against LUNARK’s iron fist.

But what is a “cinematic platformer”? The term first appeared in the late ’80s and early ’90s with the emergence of a new sub-genre of 2D action/platform games whose design philosophy was more oriented towards realism and borrowed some techniques previously used in movies! END_OF_DOCUMENT_TOKEN_TO_BE_REPLACED

Page 2 of 17 Previous12345...10...Next Last
We use cookies to ensure that we give you the best experience on our website. If you continue to use this site we will assume that you are happy with it.OkPrivacy policy