How would you guys like to see some in-progress game footage?  Nah, we didn’t think so…

Psych!  Today we’ve got some “off-the-glass” footage of our speed stage, also known as the the “Sequins of Unfortunate Events” chapter of the game.  This level is making great headway!

For more information head to our latest Kickstarter Update!

WayForward is pleased to announce that Shantae: Risky’s Revenge – Director’s Cut is now available on Steam for Windows PC. We’ve taken the best parts of all previous releases and combined them into one amazing package! The new and improved Risky’s Revenge is the ultimate edition of this award-winning game.

Play one of the most critically acclaimed handheld series of all time, right now on your PC!

* from previous releases and respective platforms

Happy Friday Shantae fans! The brand new trailer for Shantae: Risky’s Revenge – Director’s Cut is now live. Check it out to see all of the features we’re bringing to Steam. This will included customizable keyboard configs, multiple controller support, a whole new unlockable mode all available in a beautiful 1080p format.

Get the game on Tuesday, July 15th! We have so much to show you! Stop reading this blurb and start clicking on that video… the time has come to show off some BIG BOSSES, all-new locations, and gorgeous character artwork by IntiCreates!

Poor ol’ Sequin Land is in for a real doozy this time, and it’s up to you , Shantae AND Risky Boots to save the day!! We’re getting excited and hope you are too.

Shantae and the Pirate’s Curse Trailer # 2 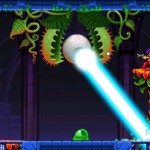 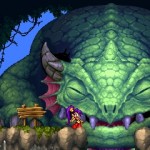 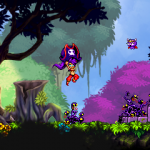 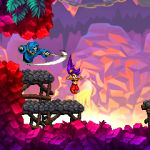 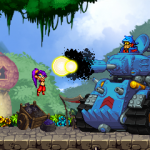 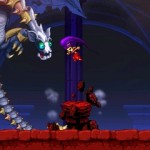 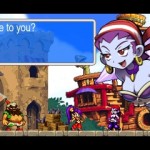 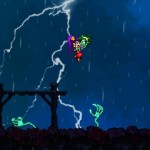 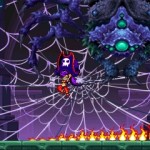 Welcome to the new and improved WayForward website! We’ve rebuilt the place from scratch in order to meet the needs of our growing fan base (the best fans ever!) and to comfort any wayward web surfers.

The biggest addition is the WayForums! YES friends, this is THE PLACE for everyone to gather and discuss the latest WayForward scuttlebutt, from our latest products, promotions, past games, characters, or even how we do what we do. We’re looking forward to having a rousing conversation with each and every one of you!

Check us out, set up an account, and we hope you enjoy the new forums! WayForward and buns-kicking heroines go hand in hand.  So we were honored to work with one of the very first ladies of gaming, Bandai Namco’s Wonder Momo!  She debuted in Japanese arcades back 1987, and here we are bringing her back more than 2 decades later!  This sequel to the original follows Momoko, (daughter of the original Wonder Momo) in an all new battle to save her friends, Tokyo… and the UNIVERSE!  It’s Wonder Momo: Typhoon Booster!  And you can get it today! 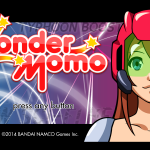 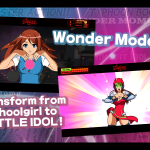 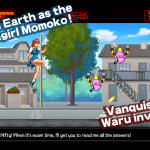 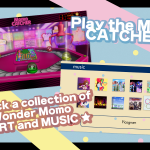 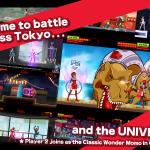 Wonder Momo: Typhoon Booster is available now on the Mac App Store and on the Google Play store.

Adventure Time: The Secret of the Nameless Kingdom Announced! 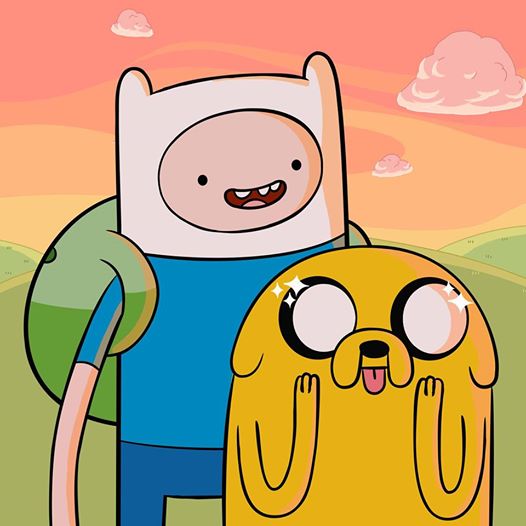 We’re hard at work on our recently announced project with Little Orbit and Cartoon Network, Adventure Time: The Secret of the Nameless Kingdom for Nintendo 3DS, Sony PlayStation 3, Xbox360, and PC via Steam. The Director for the project, Tomm Hulett, recently participated in an Ask Me Anything along with Little Orbit’s Ryan Rucinski. Here’s the link to access the now closed AMA. Suffice it to say, we’re super pumped to be back in the Adventure Time universe for more fun with Finn & Jake!

Page 17 of 17 First Previous...10...1314151617
We use cookies to ensure that we give you the best experience on our website. If you continue to use this site we will assume that you are happy with it.OkPrivacy policy