Shantae and the Pirate’s Curse is coming to Europe, Australia and New Zealand February 5th, 2015! 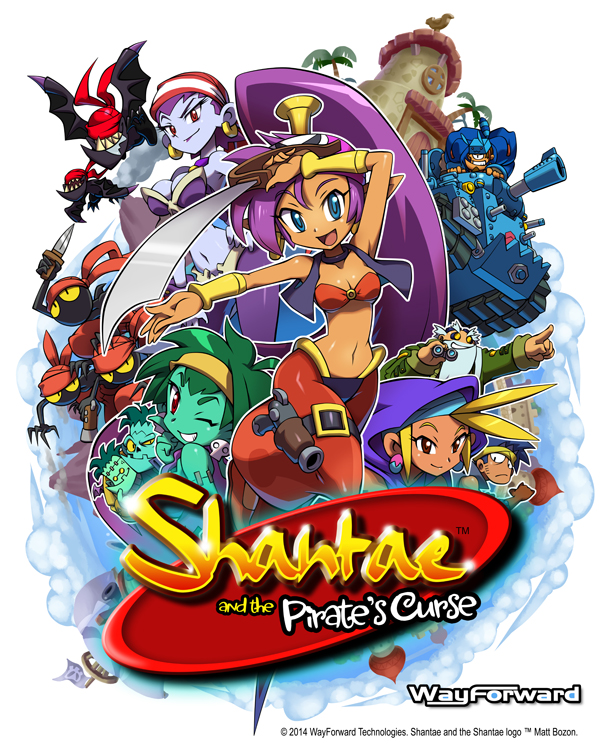 The game will launch simultaneously on the Wii U and 3DS eShop and the New 3DS update will be released soon after. 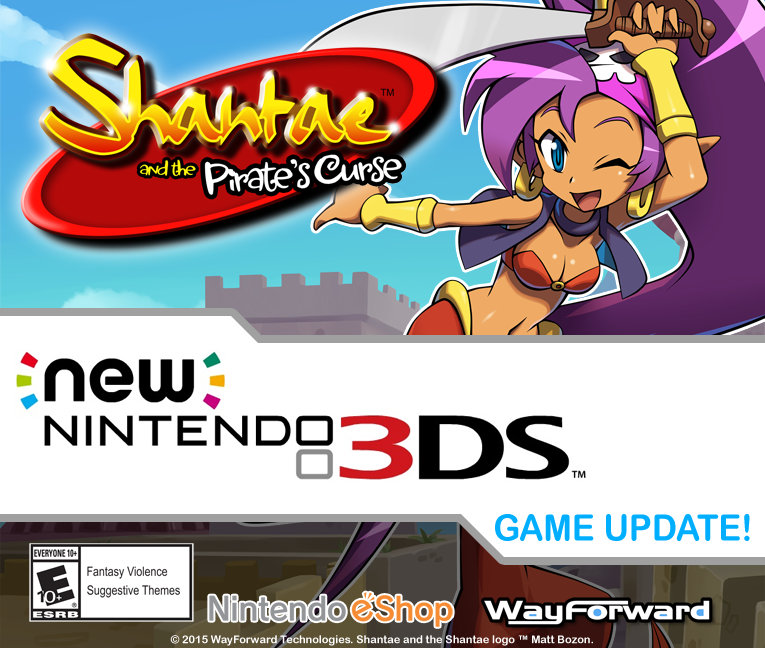 -Use ZL or ZR to quickly swap between Inventory and Map screens.

-Use the Right Control Stick to “Quick Select” your magic and items.

-Tap the Touch Screen at any time to revert to Original controls.

-Owners of original Nintendo 3DS or 3DS XL can also access these features by connecting the Circle Pad Pro accessory.

-Designed with speed-runners in mind!

This update is currently on its way to Nintendo in North America and Europe, and will be available soon!

*New 3DS and Circle Pad Pro are not required to play the game.

Look forward to this, and more exciting updates to Shantae and the Pirate’s Curse coming soon!

Shantae™ and the Pirate’s Curse,
for Wii U

Wii U features include:

The original indie darling is back in her biggest adventure yet!

Critics are calling Shantae and the Pirate’s Curse as the pinnacle of this fan-favorite series! The sequel to Metacritic’s *handheld game of 2010: Shantae: Risky’s Revenge, boasts more than double the content and acclaim from fans and press alike!

“She’s still got it” -Destructoid

9.0 “one of the most satisfying games I’ve played all year” – Hardcore Gamer

9.5 “the pinnacle of the series” Wii Brasil

9.0 “an exceptionally well-crafted game that should not be ignored” -Nintendo Life

8.5 “stands above its retro-inspired contemporaries” -IGN

About:
Embark on a brand new adventure with Shantae, the hair-whipping belly dancing genie. When she loses her magic, Shantae must team up with her nemesis, the nefarious pirate Risky Boots in order to save Sequin Land from an evil curse. As a pirate, Shantae gains new weapons to advance her quest, slay monsters, battle epic bosses…and hopefully get her magic back in the bargain! But can she really trust her deadliest enemy?

WayForward is a premium independent game developer based in Southern California.  For over 20 years WayForward has partnered with leading software publishers to bring critically acclaimed and commercially successful games to market across multiple platforms. 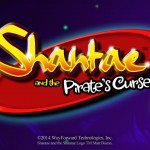 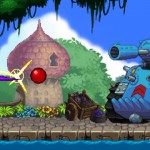 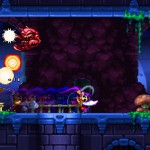 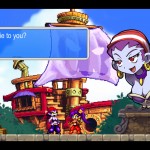 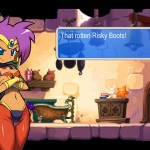 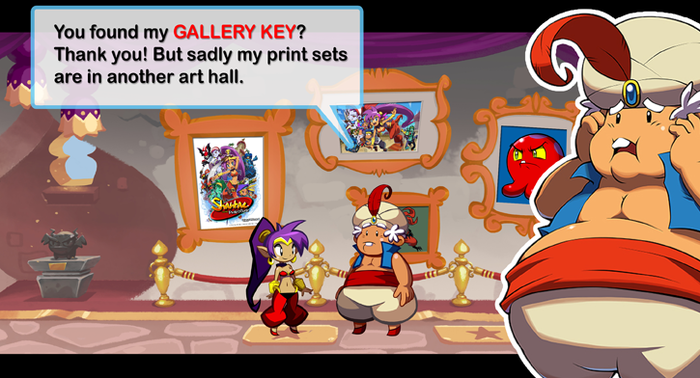 Closing the Store and Locking the Scope!

The holidays are upon us, and we’re all looking forward to spending quality time relaxing with friends and family.  BUT NOT TODAY!!  We’ve still got a mountain of work ahead of us in December, with loose ends to tie up and new tasks to kick off. Read on… this one’s really important!

The PayPal store and Stretch Goals will lock down at 11:59pm PST on 12/16/2014.  That leaves two more weeks for you to increase your pledges, if you like.

If you’re considering backing the game for the first time, this is the LAST CALL for Backer Exclusive content: On December 16, Stretch Goals will be locked which will establish the final scope of the game.  This is critical for us in planning the rest of our development.  THANK YOU for making this game a reality with your generosity!

Based on current totals, Shantae: Half-Genie Hero has been funded to 230%!!  From the bottom of our hearts, THANKS for making this happen, for your patience, and for inspiring us every single day!

ARTISTS, GET YOUR PENCILS READY!

As soon as the funding period closes, we’re going to put some of our backers to work!  We’ve got some “Your Face in Game” backers to bring to life as NPCs, “Enemy Designers” that need to craft some deadly denizens of Sequin Land, and our “Your Art in Game” backers need to populate the Museum.  On top of that we have more VOTING on the way!  Gallery Artists, you’re going to be up first, so get psyched!

Last, more updates more often!  We’re always listening to your feedback, and many Backers are requesting more news, more frequently.  So at the risk of flooding your inboxes you’ll be seeing more Backer Updates to keep you in the loop starting RIGHT NOW!  Please tell us to settle down if we go overboard!

Enjoy this treat from your friends at WayForward!

Shantae and the Pirate’s Curse Available Now On The North American 3DS eShop! Shantae and the Pirate’s Curse for 3DS Launches 10.23.2014 on the North American Nintendo eShop!

The third game in the series marks the conclusion of the original storyline (which began on the Game Boy Color in 2002) and is the biggest Shantae game to date, weighing in at more than double the content of its predecessor, Metacritic’s *handheld game of 2010: Shantae: Risky’s Revenge.

The European release will follow as soon as possible with the Wii U version on target for a Winter Release.

Set in a haunted New England mansion afflicted by a 200-year-old curse, Til Morning’s Light is a touch-based, action-adventure game focused on exploration, puzzle solving and combat.

As a free bonus for customers, secret blog posts from Erica Page, the game’s heroine, are available www.audible.com/TilMorningsLight on Audible.com, titled The Private Blog of Erica Page.

Til Morning’s Light is being co-developed with partner Amazon Game Studios and will soon be available exclusively on Fire phone.

Price and date set for Shantae and the Pirate’s Curse on 3DS!!

Now, let’s meet one of our favorite Zombies, Rottytops!

Say hello to Rottytops, everyone’s favorite zombie-girl! You can catch all of her brain slurping coffee chasing (or is it the other way ‘round?) antics in Shantae and the Pirate’s Curse! Rotty and her two undead brothers, Abner and Poe, were last seen conspiring with the vile pirate Risky Boots. Whose side are they on anyway? We’re about to discover that there’s more to Rottytops than meets the eye socket — Don’t miss it!

A note about the European releases, the team is working hard to complete translation of Shantae and the Pirate’s Curse for 3DS as quickly as we can! Based on this and the time it takes to obtain ratings, there is a bit of a delay, but we wish to thank you for your patience. We’ll have more information soon regarding those versions.

You guys and gals are our HEROES!!

We realize we’ve been hitting you up with a hefty number of updates recently… but here’s one more you’ll need to hear about! Over the weekend we reached ANOTHER STRETCH GOAL!

We had a pretty good feeling this might happen, but we honestly had no idea it would reach the top so quickly. That’s $900,000.00 you’ve collectively pledged to not only make the game, but to keep making it even more amazing! When we hit the initial goal of $400K, we were out of our minds with excitement. Today we’ve more than doubled that goal! And other than just feeling totally S-W-A-N-K about it, the even better news is that we’ve got 3 more characters to add to the adventure:

This means that Sky, Bolo, and Rottytops, friends of Shantae who have appeared in every title, will be fully playable heroes. Each character will embark on the adventure for reasons all their own, and will play differently from one another. Including Risky Boots there are now 5 storylines to play, and a total of 10 modes. The replay value of Half-Genie Hero just went through the roof!!

With this being the FIFTH successful Stretch Goal, it’s practically tradition to inform you of the next one on the horizon.

Should we reach the lofty goal of ONE MILLION dollars (phew!) we’ll be able to add another chapter to the game. Let’s talk briefly about that…A DISH SERVED COLD: Spoiler Alert!

The storyline for Shantae: Risky’s Revenge takes a bit of a twist at the end… Some wayward wishing occurs…we don’t want to spoil it for you. But if there’s someone Shantae would rather not have to face again, it’s NEGA-SHANTAE. As her name implies, NEGA is the polar opposite of Shantae, although she dances equally well. Our next Stretch Goal would add a new Chapter to the game which features this villain as both main attraction and BOSS, as well as a new TRANSFORMATION for Shantae…hopefully something that can counteract the evil doppelganger. Beyond this new Stretch Goal lies FULL VOICE ACTING! We’ll dig into that one later, should the opportunity present itself. For now, give yourselves a HUGE pat on the back! And THANK YOU from everyone here at WayForward!

Page 12 of 13 First Previous...910111213Next
We use cookies to ensure that we give you the best experience on our website. If you continue to use this site we will assume that you are happy with it.OkPrivacy policy