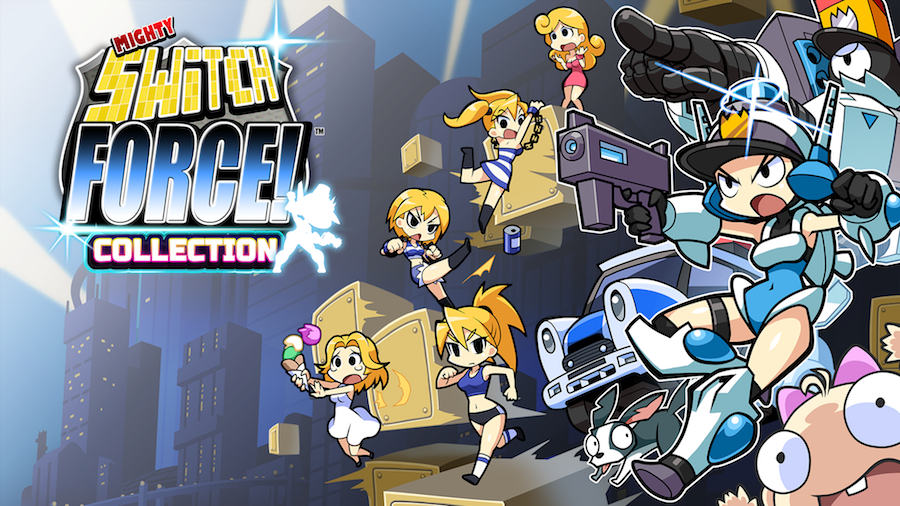 Calling all fans of action, puzzles, platforming, and heroic hijinks: we are proud to announce that Mighty Switch Force! Collection – featuring four full games – is arriving today on Nintendo Switch, PlayStation 4, Xbox One, and PC. Not only does the value-priced compilation mark the debut of the fan-favorite franchise on the majority of these platforms, but it signifies the first time that the series’s core entries have been made available together on any single system. You can view the launch trailer here!

Entertaining players since 2011, the Mighty Switch Force! games star Officer Patricia Wagon, a cybernetic peacekeeper equipped with a special Siren Helmet that allows her to “switch” around level layouts by moving blocks from the background to the foreground (and vice versa) for innovative brain-bending action. Mighty Switch Force! Collection lets players experience that unique gameplay in the following titles:

•Mighty Switch Force! Academy – Featuring sprawling widescreen levels for up to four players, as well as arenas designed for versus competition!

In addition, players can look forward to various block types to interact with, a quirky cast of enemies and NPCs, newly added HD Rumble force feedback (Switch version only), and a total of more than 70 levels offering optional objectives and par-time challenges for extra replayability. Rated E10+ by the ESRB, Mighty Switch Force! Collection is available digitally via the Nintendo eShop, PlayStation Store, Xbox Live, and Steam at the price of $19.99 (GOG and Humble Bundle coming soon). For additional information on Mighty Switch Force! Collection, please visit wayforward.com/MightySwitchForceCollection/.