July 26th, 2019 · Voldi-WF · Comments Off on Mighty Switch Force! Collection: Behind the Scenes! 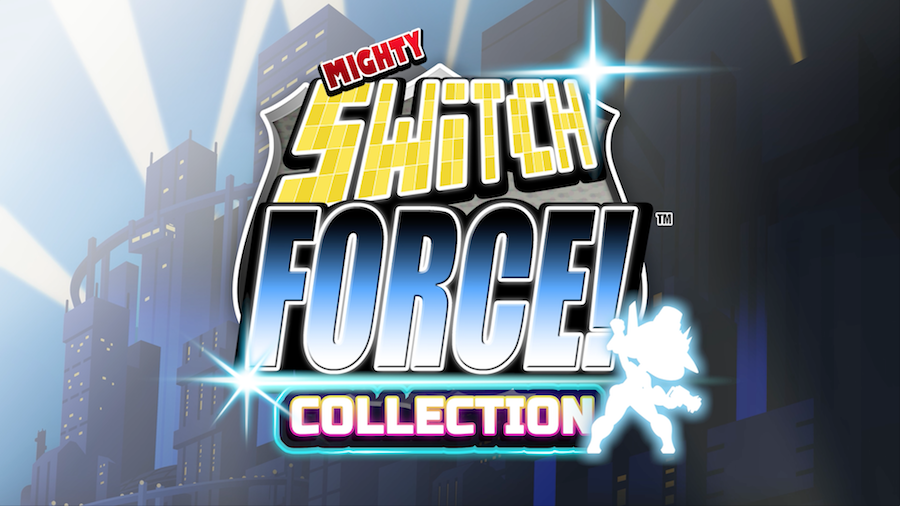 If you’re a longtime fan of the series, then you already know what makes the adventures of Officer Wagon and her block-switching, enemy-crushing, fire-extinguishing, baby-booting antics so much fun. But where did the idea originally come from? Why did the series evolve the way it did?? And most importantly, does Officer Wagon have a nose??? To answer these burning questions, we turn to WayForward creative director Matt Bozon to provide some behind-the-scenes knowledge of this mighty series.

WayForward: What was the original impetus for Mighty Switch Force? Why make a game like this?

Matt Bozon: We had previously started the “Mighty” series with Mighty Flip Champs, a love letter to the Nintendo DS. The goal with that game was to create something that would only be possible across two screens, and when it released players gave it very high praise. We wanted to do that again on the Nintendo 3DS – make a game that could only be experienced using stereoscopic 3D. And, we really wanted to have a title be the first game on the 3DS eShop. So WayForward’s directors got together to discuss how we could take an idea like Flip Champs, and create something similar-yet-different in 3D. Collectively we came up with the idea of having four layers of depth, allowing the player to shift blocks between these layers to solve navigational puzzles. Once production started, we changed it to two layers to simplify the concept down. We also changed the concept to work for players who had the 3D turned off, which in turn allowed the game to play on other platforms as well. So while 3D was the inspiration for the idea, the game has since left the 3D effect behind.

WF: What does this series do that other series don’t?

MB: The games are deliberately short, something I was calling “gaming concentrate.” With the first game, my goal was to make a game that could be completed in a single sitting. That’s why the ideas stack very quickly. Concepts move from simple to complex over the course of the first few stages, and before the ideas feel played out, it’s time for the final boss. Also there’s no real narrative, but there are just enough character moments in the game to support the theme. The overarching theme (Patricia chasing down escaped Hooligan Sisters) was just something I added to the existing gray-box gameplay for the sake of personality and charm. Another thing that’s fairly unique to this game is that the character has very limited mobility and never gains new moves. All of the interactivity comes from the world objects, like a Mega Man game.

WF: How would you describe Patricia Wagon? What is she like? Does she have a life outside of her duties?

MB: Originally I had an opening video, which had to be cut for time and budget reasons. In the video she was released from a fixture mounted in the ceiling of the police headquarters main hallway. Other officers had to dodge out of the way when she activated, and dropped into the scene. The idea was that she was some sort of experimental last resort that not everyone on the police force was familiar with. At the end of the animation, she transformed into a squat little police car and drove away. As for Corporal Gendarmor, he was some sort of support unit for Patricia. In the final product, she and Gendarmor are seen relaxing, going on missions, or chilling in the hot tub. So, I’d imagine that once activated she took on a somewhat normal human life.

MB: She’s a cybernetic police officer, which is something that apparently exists in Planet Land. She is partly metal and partly real. What is her specific makeup of machine and human? In the win screen of each game, we get to see a new layer of Patricia. First, sweating at the gym outside in her workout clothes, suggesting that she’s fairly human. In the second game, her fleshy layer is removed to show that she’s a cute endo-skeleton robot. We’ve planned several more layers, which you’ll get to see if we keep the series growing!

WF: Does she have a nose?

WF: Why the change to firefighting in Mighty Switch Force! 2?

MB: I liked the idea of having her be an everyday hero and not a superhero. I personally know a police officer, and a firefighter, and they are both excellent role models. From a gameplay perspective, it’s neat to see Patricia fire a different kind of weapon that could serve a slightly different function. The team did a great job of incorporating the hose into the puzzle objects.

WF: What was the reason for Hyper Drive Edition? How did it improve upon the original?

MB: Again, we wanted to be part of Nintendo’s launch, this time for the Wii U launch. So we decided to take the original game’s graphics and make new HD versions of them. This would also give us the ability to bring the game to other systems that would benefit from HD graphics. Since we had already made a DLC pack for the 3DS, we decided to include these stages in Hyper Drive (HD) Edition. Austin Ivansmith, level designer on the first game, created some new, harder versions of the originals, and composer Jake Kaufman created new remixed tracks as well. These more than doubled the size of the original pixel version.

WF: And how did Academy come about?

MB: Mighty Switch Force Academy was a game I’d designed on paper, but had no time to direct with the Shantae series gaining in popularity. Austin carried the vision and developed it almost entirely on his own, launching the game on Steam Greenlight. With input from fans, the game went through numerous versions that added cooperative and competitive multiplayer modes, and costumes from all previous games. The main artwork from the game was created by KOU, the Inti Creates artist responsible for the Shantae series box and portrait artwork. He also created the new artwork for Mighty Switch Force! Collection!

WF: Why should players get Mighty Switch Force! Collection?

MB: Anyone interested in having the four mainline games on a single device will really enjoy this collection. In addition to being a good value, it’s neat to see how the series has evolved over time. Team members who went on to create games like DuckTales Remastered, Skullgirls, Shovel Knight, Shakedown: Hawaii, Iconoclasts, and the Shantae series all contributed to this small but potent series of games almost a decade ago. And the music alone is worth the pricetag!