Epic Indie Sale! For Wii U!

14 Wii U™ titles presented by 7 studios from 6 countries are on sale on Nintendo eShop! 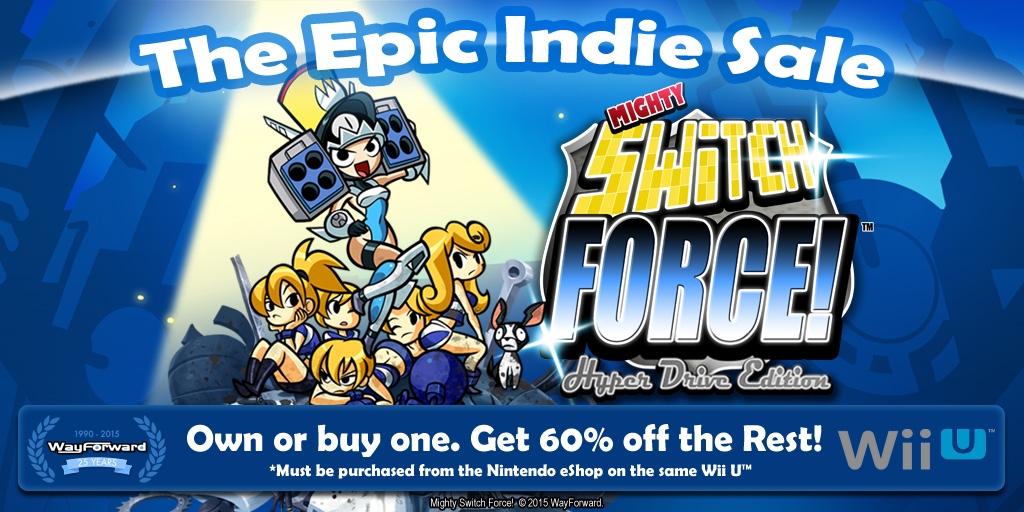 Independent studios from the United States, Canada, Denmark, Finland, Germany and Netherlands have united for an epic sales promotion, on July 9th, 2015 the sale will go live in the eShop in Europe and North America! Fourteen Wii U games are on sale with a discount of 60 %. The only condition: You need to own or buy one of the participating games to qualify for the promotion. The independent game developers behind this promotion want to say thank-you to all of their fans and show all Wii U gamers that great games are made all over the world.

The offer includes some of the greatest indie-titles released on Wii U so far like Trine 2, Guacamelee, Runner 2, Shantae and the Pirate’s Curse, Toki Tori 2, Spin the Bottle: Bumpie’s Party and Giana Sisters: Twisted Dreams.