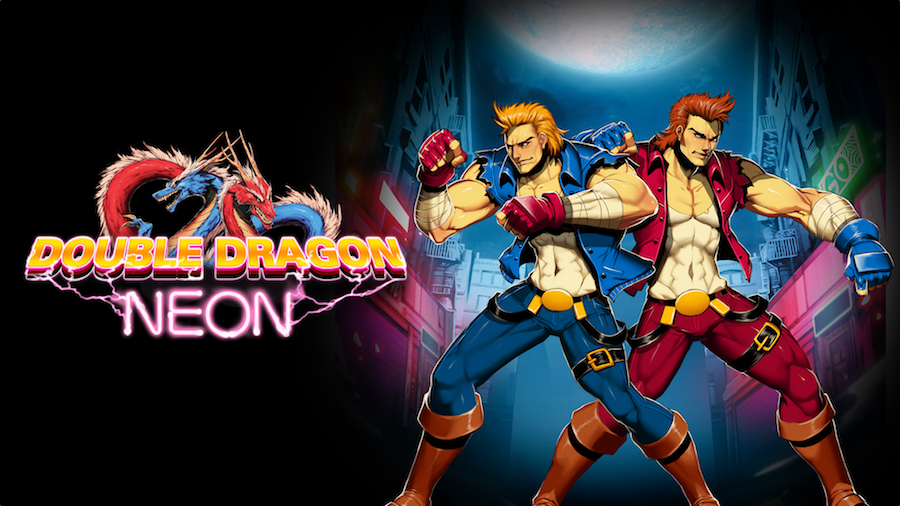 Get ready, dudes and dudettes: Double Dragon Neon is now available digitally on Nintendo Switch! Published by Majesco, Double Dragon Neon is a larger-than-life reimagining of the classic ’80s beat-’em-up, infused with ’90s Saturday-morning-cartoon humor and packed with brodacious co-op action. Martial arts heroes Billy and Jimmy Lee set out on a quest to rescue their friend Marian from the skeletal Skullmageddon, the most over-the-top antagonist the series has ever known. Check out the launch trailer here!

Built from the ground up for co-op, the bravest can go solo, but Double Dragon Neon plays best with another hero on the couch. Don’t worry about your teammate “accidentally” stealing all your power-ups either. Players can share health with a high five, or psych their partner out with a low five and steal some, if they’re feeling less than righteous. Get wiped out early? “Borrow” an extra life from your pal – they won’t mind. Much.

Channelling the spirit of over-the-top Saturday morning cartoons, Double Dragon Neon brings a fresh serving of nostalgic vibes back to gaming, with couch co-op encouraged. A cult favorite among brawler aficionados, fans have been calling for Neon to come to Nintendo Switch for years, after its original 2012 release and 2014 Steam re-release. Now it’s back in action and as funny as ever. Double Dragon Neon is now available for North American Nintendo Switch players and will be available in Europe in the coming weeks. For more info, follow this link!

Features:
•An ’80s classic reimagined through the lens of neon nostalgia!
•Brawl through ten stages solo or with a buddy in local co-op.
•Time your dodges perfectly for stylish ‘Gleam’ counter-attacks.
•What game has a dedicated High Five button? This one!
•The greatest skeletal villain this side of ‘80s cartoons – Skullmageddon!
•All the bone-related puns you can stand! They’re very “humerus”!
•Punch all the things! Robots! A giant tank! Your own mutant clone!
•A toe-tapping, genre-hopping soundtrack by Jake ‘Virt’ Kaufman!