Catch Shantae on the Big Screen alongside Studio TRIGGER’s PROMARE!

August 25th, 2019 · Voldi-WF · Comments Off on Catch Shantae on the Big Screen alongside Studio TRIGGER’s PROMARE! 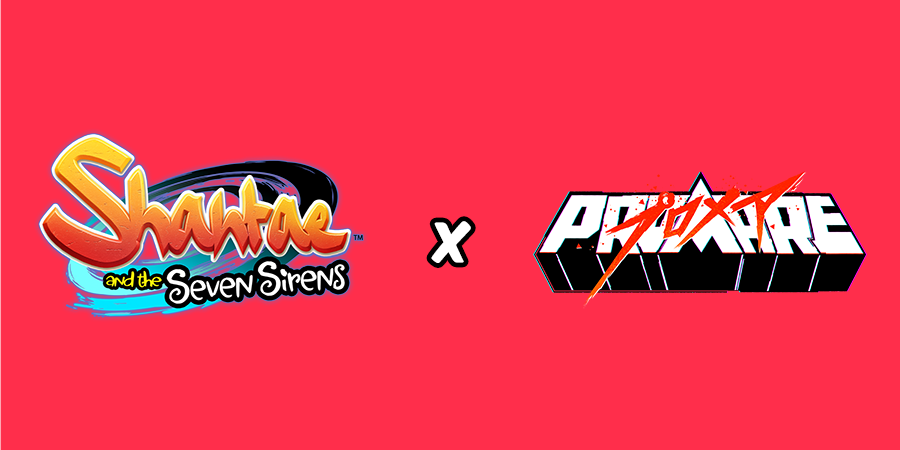 Studio TRIGGER’s first theatrical film, PROMARE, arrives in theaters soon, and with it, a special treat for Shantae fans: the opening animation to Shantae and the Seven Sirens (also created by Studio TRIGGER)! Distributed by GKIDS, PROMARE will hit more than 700 screens nationwide on September 17 and 19 via a two-day engagement from Fathom Events, and the Shantae animation will run prior to the film.

The first feature-length film from the acclaimed Studio TRIGGER, creators of the hit series KILL la KILL and Little Witch Academia, and director Hiroyuki Imaishi (GURREN LAGANN, KILL la KILL), Promare uses a bold cel-shaded visual style to tell a blistering action-adventure story, and is the spiritual successor to many of director Imaishi’s former works. Thirty years have passed since the appearance of the Burnish, a race of flame-wielding mutant beings who destroyed half of the world with fire. When a new group of aggressive mutants calling themselves Mad Burnish appears, the epic battle between Galo Thymos, a new member of the anti-Burnish rescue team Burning Rescue, and Lio Fotia, the leader of Mad Burnish, begins. The trailer for PROMARE can be seen at https://youtu.be/3VXB9QEainA

Shantae and the Seven Sirens is the upcoming fifth game in WayForward’s critically acclaimed action-adventure-platformer series starring Shantae, a hair-whipping, belly-dancing, half-genie hero. The game’s opening animation is produced by Studio TRIGGER’s Naoko Tsutsumi (Little Witch Academia) and features an original musical composition by Mark Sparling with arrangement by Maddie Lim and vocals performed by Cristina Vee (Miraculous Ladybug). Since making its debut on July 5, 2019, the 30-second animated opening to the game (then known as Shantae 5) has been viewed more than 3.7 million times on YouTube and social media.

Tickets for PROMARE can be purchased at https://gkidstickets.com/us/promare/?campaign=wayforward.

Based in Valencia, California, WayForward was founded in 1990 and has remained an independent game developer for 29 years. We are home to many talented individuals including programmers, environment artists, animators, modelers, illustrators, audio wizards, designers, and team leaders. With the new avenues for distributing games directly to fans we are finally able to make the games we have always wanted to.

GKIDS is a producer and distributor of award-winning feature animation for both adult and family audiences. Since 2010, the company has scored an astounding eleven Best Animated Feature Oscar nominations with The Secret of Kells in 2010, A Cat in Paris and Chico & Rita in 2012, Ernest & Celestine in 2014, The Tale of The Princess Kaguya and Song of the Sea in 2015, Boy and the World and When Marnie Was There in 2016, My Life as a Zucchini in 2017, The Breadwinner in 2018, and Mirai in 2019. GKIDS also handles North American distribution for the famed Studio Ghibli library of films, one of the world’s most coveted animation collections with titles Spirited Away, My Neighbor Totoro, Princess Mononoke and others.  GKIDS also produces the ANIMATION IS FILM, an annual LA-based film festival. ANIMATION IS FILM embraces the highest aspirations of animation as a cinematic art form and is a vocal advocate for filmmakers who push the boundaries of their work to the fullest range of expression of which medium is capable. www.gkids.com